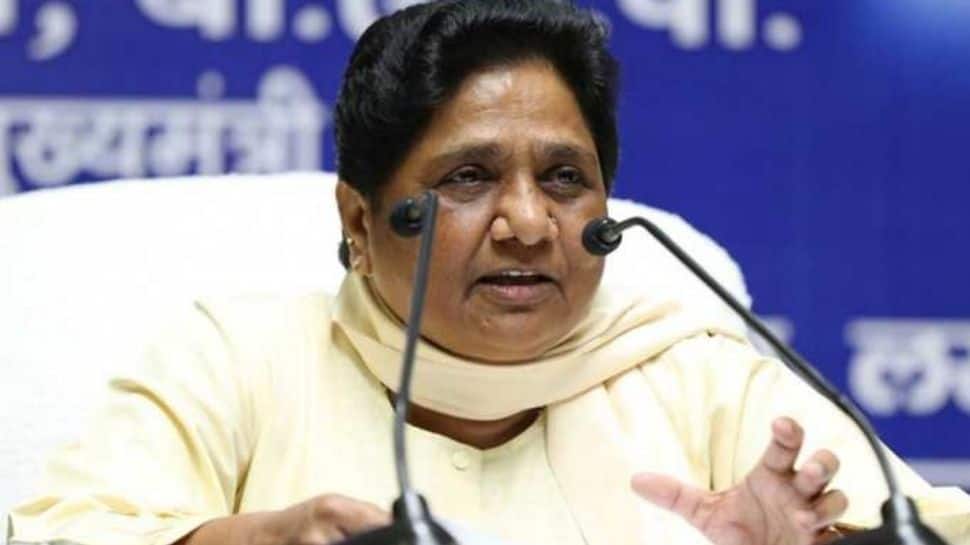 Lucknow: Bahujan Samaj Party chief Mayawati on Sunday asked why the Congress high command is silent on the beating of a Dalit man to death in Rajasthan`s Hanumangarh and she has also raised questions about the style of working of the Uttar Pradesh BJP government over the Lakhimpur Kheri violence.

Taking to Twitter, Mayawati asked whether the chief ministers of Punjab and Chhattisgarh would visit Hanumangarh to provide compensation to the Dalit victim`s family. “The incident where a Dalit was thrashed to death in Rajasthan`s Hanumangarh district is sad and condemnable, but why is the Congress high command silent on the issue? Will the CMs of Chhattisgarh and Punjab go there and give Rs 50-50 lakh to the victim`s family? BSP wants answers or else they should stop shedding crocodile tears in the name of Dalits,” Mayawati tweeted.

In a subsequent tweet, over the issue of the Lakhimpur Kheri incident, she demanded the resignation of Union Minister of State for Home Ajay Mishra Teni, whose son is one of the accused in the case. “Also, the name of the Union Minister`s son coming in the headlines in the heinous Lakhimpur Kheri case raises many questions on the working style of the BJP government. In such a situation, BJP should itself ask its minister to resign. Only then there can be hope for some justice to the suffering farmers. This is BSP`s demand,” the BSP leader tweeted.

Earlier on Thursday, a man was thrashed to death at Rohi Prempura village of Hanumangarh district in the state. The deceased has been identified as Jagdish Meghwal.

According to the police complaint filed by Banwarilal, the father of the deceased, Jagdish Meghwal had left Suratgarh at around 1.30 pm. He alleged that four people, Vinod, Mukesh, Lalchand alias Rameshwar, Sikandar, and Dilip Rajput, all residents of Prempura arrived on two motorcycles carrying Jagdish and threw him in front of his house.

“His father said that when he went to see he found that his son was lying on the ground and not breathing,” Singh said.

“Banwarilal said that he suspected that his son was kidnapped while he was returning home and the accused had trashed him to death,” DSP Ranveer Singh said.

In the Lakhimpur Kheri incident Union Minister of State for Home Ajay Mishra Teni`s son Ashish Mishra, who was arrested on Saturday night, was sent to judicial custody, according to his lawyer.

Ashish Mishra was arrested on Saturday after 12 hours of interrogation by the Crime Branch of Uttar Pradesh Police in connection with the Lakhimpur Kheri violence case. Samyukta Kisan Morcha, an umbrella body of several farmer unions, alleged that Ashish Mishra Teni, son of Union Minister of State for Home Affairs Ajay Mishra Teni arrived with three vehicles around the time that farmers were dispersing from their protest at the helipad and mowed down farmers and towards the end also attacked SKM leader Tajinder Singh Virk directly, by trying to run a vehicle over him.

However, Ashish Mishra refuted SKM`s allegations and said he was not present at the spot where the incident took place. As many as eight people including four farmers died in the Lakhimpur Kheri violence on October 3. Two accused identified as Luvkush and Ashish Pandey were arrested earlier in connection with the incident.