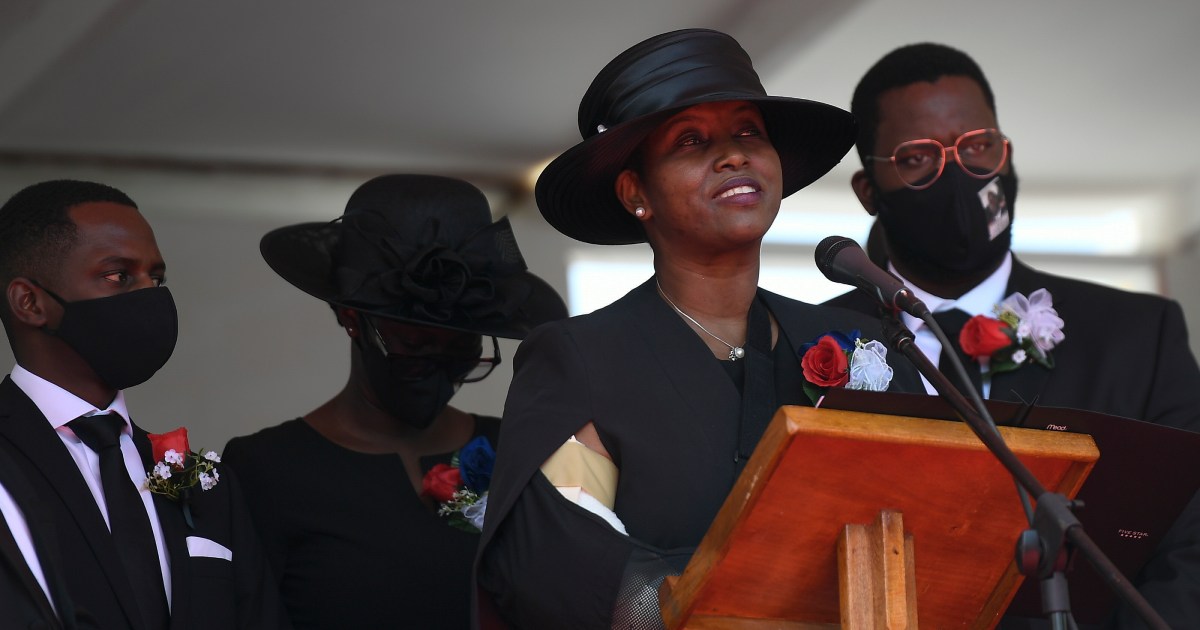 More than 40 people have been arrested for the assassination of Jovenel Moise, but key questions remain unanswered.

Martine Moise says she “won’t stop” until she gets justice for her late husband, Haitian President Jovenel Moise, who was assassinated in their home in the capital, Port au Prince, in July.

Moise made the comments on Wednesday as she met the judge in charge of the investigation. She said she had answered questions for several hours.

“Everybody says that in my country we won’t get justice. Even if people are telling me this, that’s where I’ll start to seek justice,” Moise said in an impromptu statement from the courthouse.

“We’ll ask for justice in the morning, in the afternoon, at night, because I won’t stop until I get justice.”

While authorities have said more than 40 people have been arrested in connection with the murder, it remains unclear who masterminded the operation and how they were able to gain access the president’s residence. Moise was shot dead at home by a group comprising mostly Colombian mercenaries.

On Wednesday, a crowd gathered outside the court in Moise’s support, chanting slogans against the current acting head of state, Prime Minister Ariel Henry.

Later, a fight broke out between supporters and opponents of Moise.

The killing has deepened an ongoing political crisis in Haiti, where presidential and legislative elections have been repeatedly postponed since 2019. Moise had been leading by decree when he was killed.

Last month, Henry sacked a chief prosecutor who had sought to question him in connection with Moise’s killing. The prosecutor had particularly sought information on two phone calls Henry had made to key suspect Joseph Badio, the former chief of the government’s anti-corruption unit, just hours after the July 7 assassination.

The political uncertainty is only one crisis threatening the Caribbean nation, which has been ravaged by natural disasters, the COVID-19 pandemic, high rates of poverty and spiralling gang violence.

Martine Moise recently completed a small tour of the country after a prolonged absence in the wake of the murder.

“I don’t wish this upon anyone,” Moise, who had been married to the late president for 25 years, said on Wednesday.