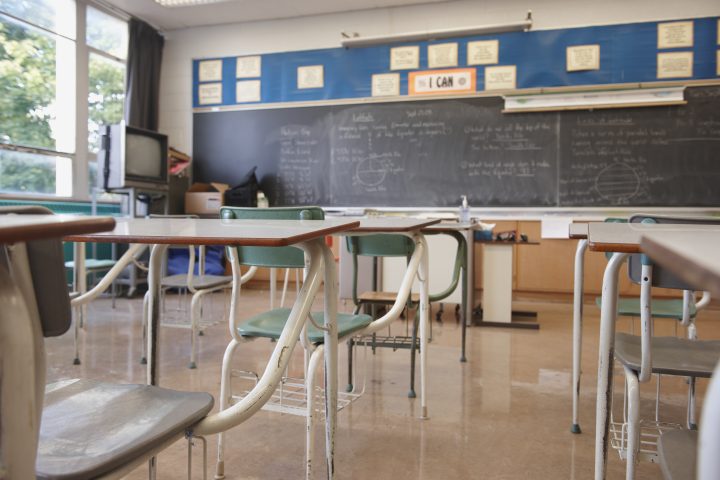 Parents at eight schools in Yukon are voting on a proposal that could put the control of education for their children in the hands of the territory’s Indigenous bands, the result of an effort that one official says began almost 50 years ago.

The parents are voting on the proposal to create a First Nations school board with the authority to hire staff, review and modify school plans, and request that an education program be provided in an Indigenous language.

Read more: ‘Education is the key’: Why reconciliation needs to start with students

Melanie Bennett, the executive director of the First Nations Education Directorate, said the push to establish a First Nation school board in the territory dates back to 1973.

Bennett, who is from the Tr’ondek Hwech’in First Nation in Dawson City, said the board would offer a chance to improve a system that has left Indigenous children behind, and provide education from Indigenous and non-Indigenous points of view.

“It’s about a model of reconciliation and in order to do that, you have to provide a platform where both world views are acknowledged,” she said.

The directorate is an independent body established in 2020 to help First Nations assume more control over education.

The school board would be unique because it would involve several First Nations across the territory instead of one band on a reserve taking responsibility for education, Bennett added.

A framework agreement for the proposed school board was signed in June between the Education Department and 10 of Yukon’s 14 First Nations. It was aimed at improving education for Indigenous students and providing them with culturally appropriate teaching.

About 23 per cent of public school students in the territory in 2018-19 self-identified as Yukon First Nations.

In a 2019 report, the territory’s auditor general said Indigenous children routinely lacked the educational supports to help them succeed in school and graduate. Yukon also failed to adequately reflect First Nations culture and languages in the classroom, the report said.

An Indigenous school board would go a long way to fixing those problems, Bennett said.

“You need to address the racism of low expectation that does occur with Indigenous students,” she said, adding research has found that 80 per cent of Indigenous kindergarten children need extra help with their schoolwork.

The eight schools will hold separate votes on whether to approve the creation of the board. If more than 50 per cent of parents at any school vote in favour, then the board would operate that school.

If it is approved, an election would be held in March for the board’s five trustees. Schools operated by the new board would not be exclusively for Indigenous students and any child could enrol.

Vuntut Gwichin Chief Dana Tizya-Tramm, who is also chair of a committee of chiefs on education, said the proposal’s significance cannot be understated.

“This is an opportunity to allow innovation, to break through the walls of pre-existing education systems,” he said. “This will not negatively affect non-Indigenous students.”

The committee was established a few years ago to improve educational outcomes for Indigenous children and youth.

Tizya-Tramm said the board would also help establish common ground between Indigenous and non-Indigenous groups.

Lauren Wallingham, whose child attends one of the schools where voting on the proposed board is taking place, said she believes it would benefit all students to have an Indigenous perspective taught.

“It’s going to be huge to have that incorporated in a real way, not just as an add-on,” she said.

Wallingham, who is Indigenous, was part of a group that petitioned parents to take part in the referendum at Takhini Elementary School in Whitehorse.

She said most parents she spoke with were open to the referendum after having the school board explained to them.

Voting will run until Jan. 27 but regardless of the outcome, Bennett said she hopes the process inspires others around the country.

“As an initial step, this is extremely positive,” she said.

Products of grassroots, student’s innovations; traditional knowledge to be available for online sale: Ministry of Science and Technology